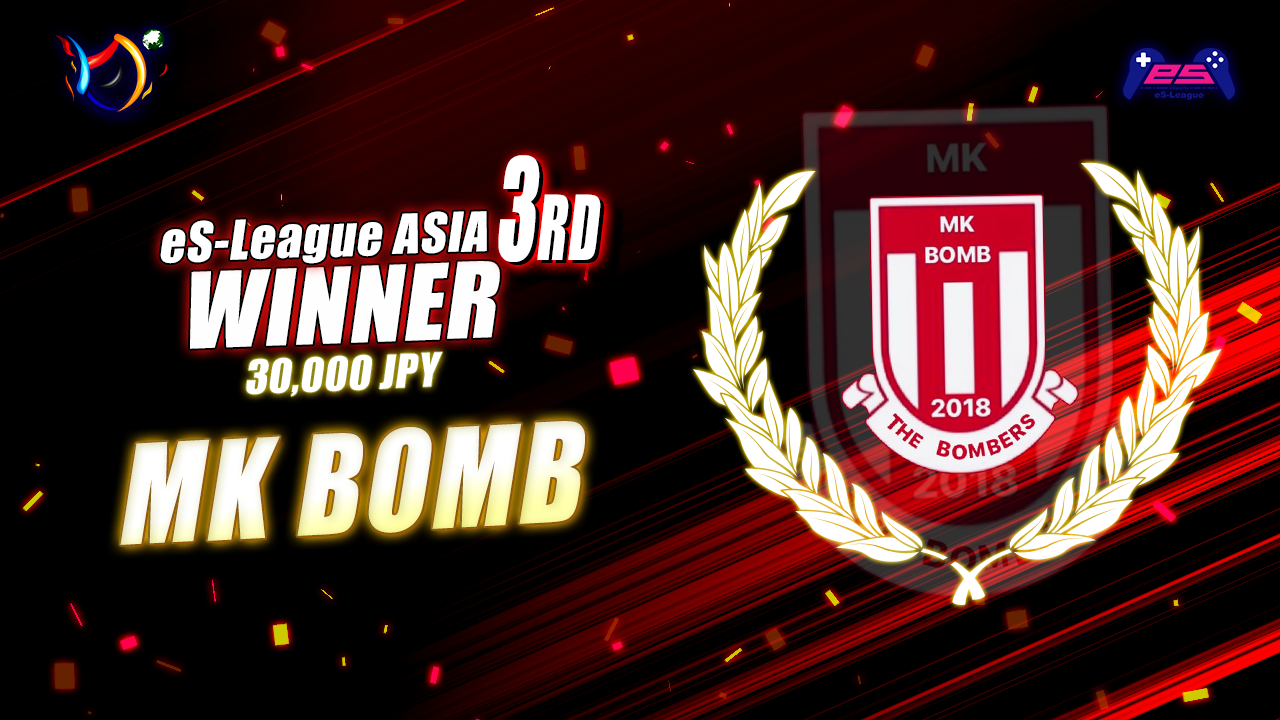 MK BOMB also participated and became 1 of BEST 8 Teams in the previous 1st and 2nd season for ASIA Tournament.
JOVEN TIGER was also in the same Tournament in the previous season for the 1st time, and both Teams had a lot of difficulties before reaching the stage of this final.

In the 1st game, MK BOMB showed a good tactic, and when he hit the ball in front of the goal, keeper to made a mistake and earned a penalty.
MK BOMB won the game in a form that made it easy to defend one goal.
both teams were strongly and tactically playing the match ..


In the second race, 43 minutes before the end of the first half, a mistake occurred between JOVEN TIGER's DF and GK in front of the goal, and a_tomo84 player pushed in without missing a spilled ball, and this was the final point.

the 3rd race was the victory point for MK BOMB and won the tittle for eS-League ASIA LEAGUE season 3 WINNER!!!

everyone is excited to see their performance on the next matches and tournaments!!